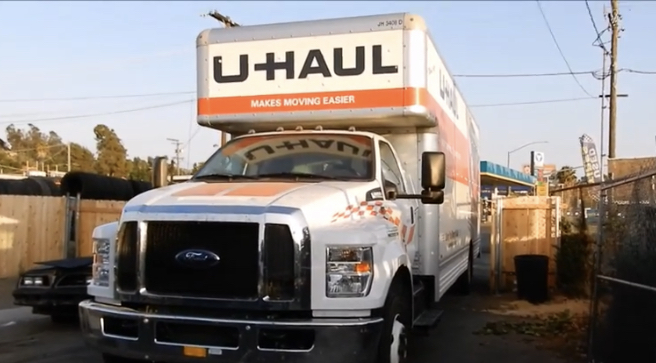 Be afraid: Californians are leaving the dump that California has become, and they may be coming to your state, bringing their voting habits with them!

Reportedly, it cost four times as much to rent a moving truck in San Francisco for a move to Austin, Texas, than the other way around. Why? Because Californians have voted so liberal for so long that the once-Golden State has become a nightmare. There is now an exodus of Californians to better-run states, with the problem being that ex-Californians vote like they are still back home. There are signs that other states, like Oregon, Washington, Nevada, Arizona, Colorado and Texas, may be so populated by ex-Californians that someday the California transplants will outvote the locals, making the state where they moved just as bad as California was.

If you look around and notice that this might be happening to your area, it might be time to move further away, or to set up a survival retreat far enough away so that you and your family may actually be able to survive if times get really bad.

Setting up a survival retreat is the subject of my book, Dirt Cheap Valuable Survival Retreat. In that book I discuss how inexpensive it is to buy a large piece of vacant land out in the country. The book lists several websites that will enable you to find very inexpensive properties only a few hours drive away, no matter where you live. My book also discusses what to do after you acquire the vacant land, like setting up a front gate, preparing safe dirt roads, digging a water well and preparing an inexpensive place to live. Safe storage of survival equipment is also described.

Other topics discussed in this episode include the harvesting of Hunter Biden’s abandoned laptop hard drive, which I think is a smoking gun that will doom presidential candidate Joe Biden and his family for years to come, regardless of this year’s election results. This scandal also has the feel of the tip if the iceberg, so that it may also ensnare other higher-ups from the Obama administration.

Another topic discussed in this episode is the Covid research I did for my sister, who might have contracted this virus. The hydroxychloroquine controversy has not gone away, and this medication still appears to be just as safe and beneficial (together with other medications) as it was discovered to be a few months ago. Some doctors have set up a website here that publishes some facts about this drug. One of the doctors in this group, Dr. Simone Gold, says that “hydroxychloroquine is a magic bullet if you take it early.”

I also found an article that discusses how well the continent of Africa is doing in its fight with Covid, because hydroxychloroquine, which was already used to survive malaria, is plentiful there and can also be used to survive Covid.

This episode also incudes discussion of Michelle Obama’s annoying video, in which she claimed that BLM protests are entirely peaceful, and that it is racist to suggest otherwise. Maybe our eyes and ears are racist when we see videos like this and this, or this one, when BLM protesters are attacking nearby citizens or police officers, and rioting. A few weeks ago, after someone tried to assassinate two sheriff’s deputies in Compton, California, BLM protesters showed up and created a disturbance at the hospital where the deputies were taken. The BLM protesters yelled out “I hope they die,” and “you’re next” at the police officers guarding the hospital.

It could be that Michelle Obama might not know about all this BLM violence if it is difficult to access the news from her 7000-square-foot mansion in Martha’s Vineyard.

Before voting in this year’s election, you need to watch one or both of the following movies:

The Man Who Shot Liberty Valance

And while you’re at it, consider shopping at Amazon’s Warehouse Deals — up to 70% off! — from our affiliate link here. Shopping at Amazon through the Survival In Motion Amazon store helps defray production costs.