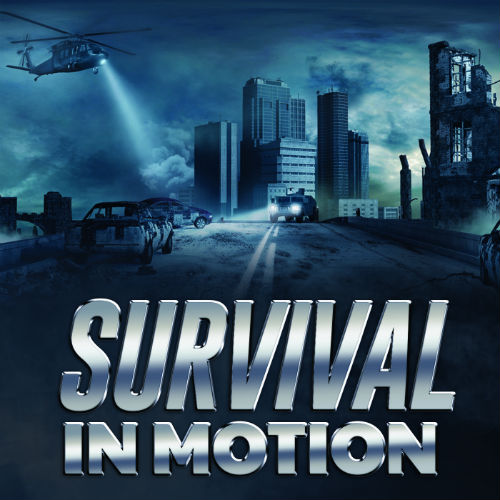 In this episode I play some interviews I got from three people who currently live in Venezuela and speak fairly good English. I asked them to answer these questions:

Question 1: What are things really like in Venezuela today?

Question 2: What were Venezuelans told to get them to vote for Hugo Chavez in the late 1990’s?

Question 3: What would you stockpile if you could go back to Venezuela before things got bad that would allow you to better survive Venezuela today?

Question 4: What are your immediate plans?

In my opinion, these people were not nearly as nervous about the situation in Venezuela as I would be if I lived there.  Let’s face it, Venezuela is on its way to becoming a failed state, like Syria, Somalia or Libya.  Anyone who currently lives in Venezuela should just leave.

Also, I believe that what is happening in Venezuela today could someday happen in the United States.

My main takeaway was the common answer to the “stockpile” question.  Most of these Venezuelans said that if they could go back to Venezuela many years ago, they would stockpile dollars.  For American preppers, that translates to the importance of stockpiling “junk silver.”  “Junk silver” is loosely defined as dimes and quarters with the year 1964 or older.  In those coins, it is acknowledged that the silver content of the coin is at least 90%, and it is believed that these coins will be the currency of choice in a post-SHTF United States.  You can buy junk silver coins at a local coin shop or online here or here.

Earlier in the podcast, I read from the end of chapter 1 of my book on survival retreats, Dirt Cheap Valuable Survival Retreat. As I wrote in this book, setting up a survival retreat in the country is easier and cheaper than you might suspect.  But it would also be a good idea to have a “Plan B,” meaning that if society doesn’t collapse as expected, then you can still sell your survival retreat for a profit several years down the road.  My inspiration for this idea is comedian Bob Hope, who made a lot of money with his real estate investments back in the day.

I also recommend another book that also discusses survival retreats, Going Off The Grid by Gary Collins.

Here are some movies that I referred to as giving a good introduction of what life is like in a failed state, like what I believe Venezuela will soon be:

Titanic (not that it has anything to do with what I was talking about, but it is a good metaphor for Venezuela today)

If you are interested in donating money to charities to help either people inside Venezuela or those who have left, I found some worthwhile charities:

Here are some charities that look interesting but are not rated by Charity Navigator:

Before donating to any charity, it is a good idea to first check out the charity at Charity Navigator.

Anyone can follow me on Amazon at this link here, and that way you will be updated by Amazon whenever I have a new book sold on Amazon.